The Fort Ancient People loved to create ornaments to adorn themselves just as we do today with jewelry and other accessories. They were often made from bird bones, antler, snail or fresh water shells. Even the clay pottery they used every day were decorated with beautiful designs they created themselves. Archeologists have excavated and recovered many of these artifacts from the Madisonville Village and Cemetery located near the Little Miami River in Southwest Ohio. The necklaces and clay vessel depicted are three of many artifacts found there.

Native American women and girls labored very hard each day to survive. Yet I have to believe, even though they lived centuries ago, a mother and daughter would have occasionally shared affectionate moments together just as mothers and daughters still do today. The American water lily would also have made a beautiful adornment in a little girl’s hair.

Prothonotary warblers live in wooded areas near forested wetlands, streams, lakes and ponds and “adorn” their surroundings with their bright, gay feathers. 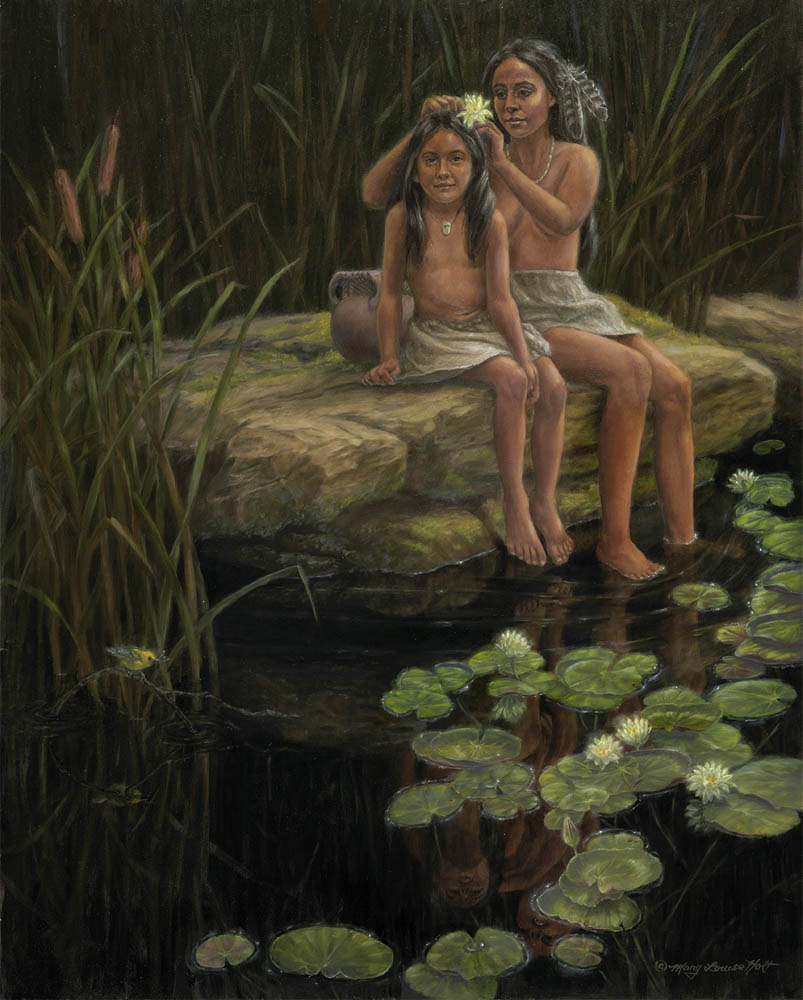